The Aria Hotel at the City Center, Las Vegas, is one of those places that has all of the best  offerings for European Cuisine. It has my favorite Italian, French, and Spanish Restaurants – Carbone, Bardot Brasserie, and Julian Serrano respectively.

These three restaurants are not ordinary in any way. They offer a stylistic and modern yet traditional take on its cuisine. Everything about this holy trinity is divine. Hands down the best Spanish tapas that I have ever had! and the most similar to France, French food! Carbone is truly old world Italian. 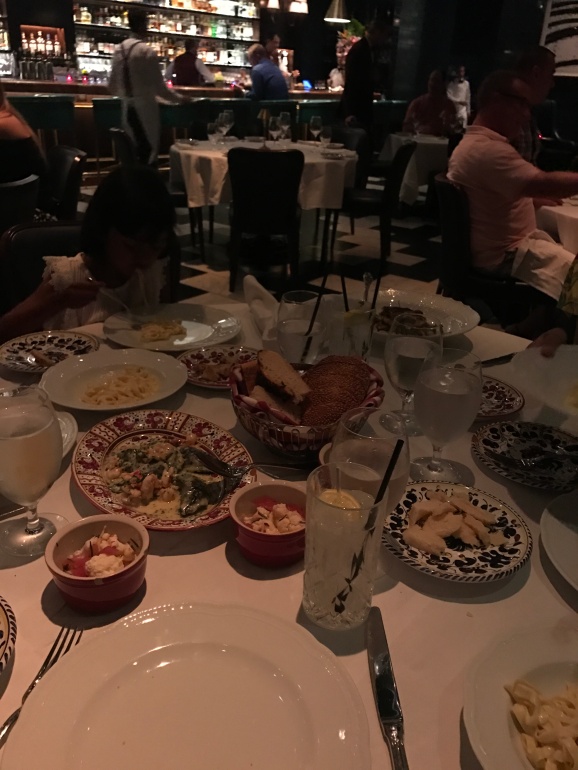 We ordered the lobster ravioli , fettuccine con funghi, and Branzino. All were impeccable. 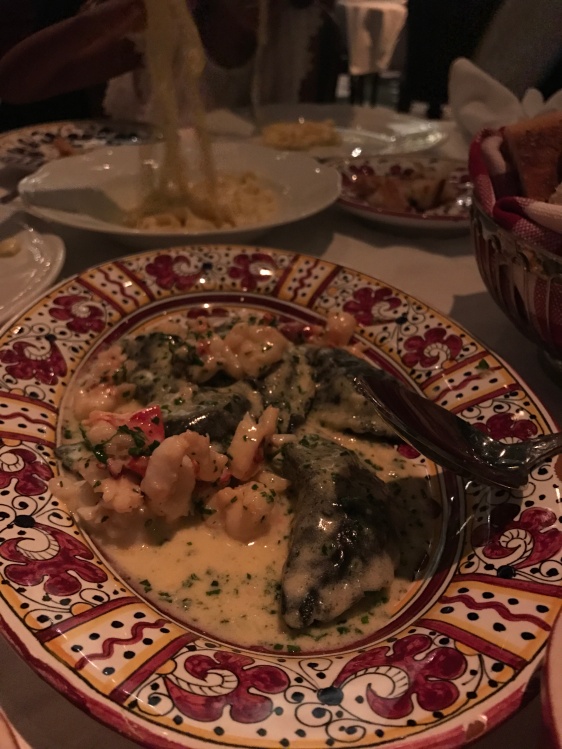 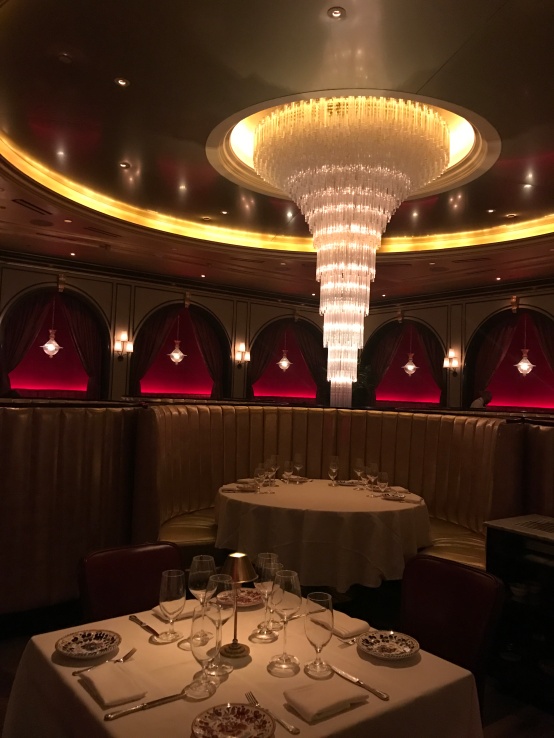 I love the retro, glamorous ambiance of this restaurant. It reminds me of 1950s New York. The plates are Italian ceramic and very reminiscent to the ceramic plates in Italy’s Amalfi Coast.

We started our meal with a cheese board. The cheeses were imported from France, grilled crostini, candied hazelnuts, grapes, whole grain mustard, jam, and currants. You can choose from an array of cheeses which one you prefer. We opted for a Crémeux de Bourgogne, triple cream brie like, a goat cheese, and hard cheese recommended by the restaurant.

I had the LOUP DE MER AU FENOUIL which is a mediterranean sea bass with caramelized lemon, fennel, and fingerling potatoes. The sea bass was so juicy and emanated an earthy fragrance of fennel.

Their non-alcoholic, virgin Sangria is hands down the best drink ever! I don’t know what they put in it but its a symphony of perfection.

My favorite tapa to order is their Bronzino Donostiarra which has the a crispy skin and sits atop a medley of tomatoes and olive tapenade.

Not depicted because they were too beautiful not eat first are the desserts. My favorites are the Molten Chocolate cake topped with vanilla bean ice cream & the Crema Catalana which is an orange blossom creme brûlée.